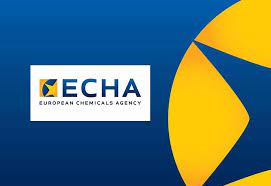 Mid-October the EU Commission published the Implementing Regulation to renew the approval of Creosote in the EU Journal.

With this implementing regulation, it is decided that after 30 April 2023 only railway sleepers or utility poles treated with Creosote may be placed on the market. The European Commission will publish a list of countries where these applications are allowed early 2023.

France prepared an Annex XV dossier restricting the placing on the market of wood treated with Creosote. proposal concerns reuse and secondary use of creosoted railway sleepers and telecommunication poles.

WEI - European industry trade association representing the treated wood industry
WEI promotes the benefits of treated timber whilst representing wood preservation industries within the European Union. The mission of WEI is to increase the market share of treated wood products in outdoor applications – decking, fencing, landscaping – to the benefit of WEI members. Our vision is that treated timber is a preferred material in outdoor applications in Europe.

Manage Cookie Consent
To provide the best experiences, we use technologies like cookies to store and/or access device information. Consenting to these technologies will allow us to process data such as browsing behaviour or unique IDs on this site. Not consenting or withdrawing consent, may adversely affect certain features and functions.
Manage options Manage services Manage vendors Read more about these purposes
View preferences
{title} {title} {title}